What the 2015 UK Election Results Could Mean for Outsourcing?

The end of any lengthy election cycle usually means that everyone can get back to “business as usual” after the campaigning is over and votes are cast. In the United Kingdom, a noteworthy general election process was completed on May 7, 2015 — with what has been called a “shock victory” for Prime Minister David Cameron and the Conservative Party.

After the voting is over, Back Office Pro offers best wishes to the UK and its citizens. We also view this as an appropriate time to review what this particular election means for business and government outsourcing.

The Plight of “Outsourcing” During Elections 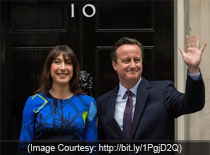 Despite the many benefits of offshore outsourcing, it is not unusual for corporate outsourcing strategies to “take a hit” during political campaigns. As Prime Minister Cameron observed, “Elections can be bruising clashes of ideas and arguments.” Since gains and losses of jobs are common subjects of political campaign rhetoric, anything that involves employment is “fair game” during the heat of a campaign debate — and outsourcing almost always comes up in these discussions.

Unfortunately, political campaigners are often known for taking liberties with actual facts and instead focusing on “popular sentiments” in their speeches. For example, knowing that workers and labor unions are supportive of initiatives that will create more long-term jobs, statements on the campaign trail will often be negatively biased against outsourcing.

In other words, politics often trumps reality in heated election debates. At times like this, it usually helps to remember that most objective facts and studies still favor corporate and government outsourcing strategies. For example, an OECD (the Organization for Economic Cooperation and Development) report takes a more dispassionate view — stating that outsourcing has an overall positive effect and is not a major cause of job losses.

What Stand Did Major UK Parties Take on Outsourcing?

The controversies surrounding immigration and future membership in the European Union received much more attention than outsourcing in the recent UK election. However, the Labor Party (second in election results) did vow to address outsourcing companies if it won the election — primarily due to government outsourcing of police contracts to private UK companies.

During the 2014 World Economic Forum (not during the election), Prime Minister Cameron stated that he wanted companies to return offshored jobs to the United Kingdom. He continues to see opportunities for UK companies to reverse this trend by creating more jobs at home.

In recent trade negotiations impacting multiple countries such as the United States, a “Win-Win” strategy regarding outsourcing is now a frequent goal — creating positive employment in the “home country” with tax and other incentives while also facilitating the positive economic benefits of outsourcing in an offshore country. However, this “diplomatic” solution involving outsourcing often receives less public visibility during an election cycle.

Is Outsourcing Stepping into a New Era?

For most companies, outsourcing is no longer just about saving money. Today’s businesses are operating in a rapidly changing and more competitive environment. In many cases, companies are now outsourcing to get work done more quickly or to get access to “intellectual capital” that is not available in the local marketplace.

With these changes, successful outsourcing companies like Back Office Pro are also evolving by serving as long-term business partners for their clients. In a new era of outsourcing, an effective outsourcing partner must offer services, skills and schedules that help their customers to survive and thrive in an aggressive business world.

It is not likely that politicians will ever stop introducing initiatives for reshoring and nearshoring. But it is revealing that the frequency of these proposals usually tends to rise and fall with the current election cycle. When considering a prudent outsourcing strategy, a company’s owners and executives should do their best to resist short-term political rhetoric and instead focus on what is best long-term for the business organization and its many stakeholders.

Foundations for a Better and Prouder Future

Politicians are not alone in being proud of their country and in seeking a better future for everyone. But political debates often need to be seen as two or more political factions stating the extreme case in order to appear different — and the “truth” about issues like outsourcing often lies somewhere in between. Companies and their stakeholders are equally seeking a better world — while hopefully improving their bottom line at the same time. This is what business organizations are expected to do in a capitalist society. As observed by John Carmack, “An organization’s ability to learn and translate that learning into action rapidly is the ultimate competitive advantage.”

At the end of the day, your strongest hope as a steward of your company’s future should be to constantly learn and adapt so that your business survival is never in doubt. At Back Office Pro, we are also learning and adapting to provide the best possible outsourcing services for our customers. We are proud of our accomplishments and look forward to an even better future with our partners and clients.

Please leave your thoughts about outsourcing and election promises below and then share with your contacts by using the social media icons.