Permanent Establishment Issues when you Outsource Back Office Process

Permanent Establishment refers to the level of economic penetration between a domestic and a foreign company which helps the nation in justifying why foreign persons are treated in the same manner as domestic persons when it comes to income tax issues. However the whole issue revolves around the terms of the agreement that have been agreed to between the two parties. It would be important to mention here that back office activities and call centres are a recent phenomenon and hence less information is available when it comes to the jurisprudence covering this field of international taxation for Permanent Establishment. This results in many Permanent Establishment issues that crop up in the course of the relationship between the client and the vendor company. 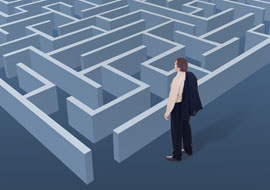 Outsourcing Back Office Results in Providing a Place of Business

Since all or majority of the back office activities of the foreign company are to be carried out through the back office service provider, a fair degree of quality control needs to be ensured by the foreign company through controlling the operations and staffing of the vendor company. This explains why offshore facilities have to work as per the whims and directions of the foreign entity which is directly proportional to a place of business in the offshore country.

In Case Means become Important than the Results

There is a detailed set of instructions according to which back office outsourcing provider has to operate. It results in such issues wherein the independent agent status of the vendor company is diluted because the client company is focussing more on the means adopted to accomplish results rather than being satisfied with the end product.

A wrong impression is given to the consumer that he/she is interacting with the foreign company employees when the fact of the matter is that the call has been received in another part of the world. Moreover, in such situations the varied services that are offered by the employees of the vendor company can result in binding contracts. This means that the foreign enterprise faces the risk of owning a Permanent Establishment in the offshore country.

In the event that the back office service provider is regarded as the Permanent Establishment of the foreign company in the country of the vendor, then it results in a certain tax imposition. This tax is imposed on the profits of the foreign entity so much so that they are attributable to the operations of the outsourcing company. Taking a note of the vast economic potential of the outsourcing sector, various tax incentives are also given by the governments of those country’s where the outsourcing business has flourished to a remarkable extent.  Moreover special tax exemptions are provided for setting up these business units in designated. 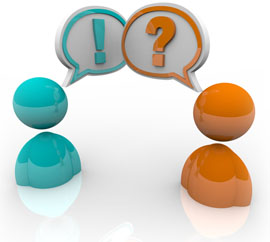 It is difficult to determine what exactly constitutes permanent establishment especially when understood within the scope of a particular treaty. Moreover the issue becomes complicated due to the presence of Vienna Convention, according to a claim on a particular treaty can’t be made unless it is authorized by the state in which it is contracted. This results in contradictions between the taxpayer and the contracting state’s interpretation leaving the former with least remedy to legal recourse within that state.

Outsourcing has emerged as one of the key factors for promoting growth in the times following the recent economic meltdown as it encourages a symbiotic relationship that benefits both the foreign entity and the vendor company. Resolving issues of permanent establishment results in a long term and beneficial relationship and hence the issue areas need to be addressed accordingly.