Global outsourcing has been booming for a number of years, as companies became creative about how they could minimize their costs. Currently India is number one in the outsourcing industry, followed closely by China. These two countries are similar in population, labor costs, and geographic terms. However, India and China are actually becoming less attractive for outsourcing. Let’s look at the pros and cons they have to offer.

The Pros of Outsourcing to China: 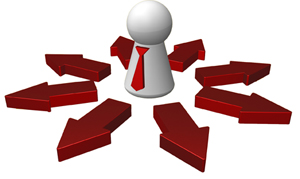 The Cons of Outsourcing to China:

The Pros of Outsourcing to India

The Cons of Outsourcing to India

India’s revenue rate is around US $27 billion annually. China cannot yet be compared to India in relation to outsourcing revenues. Nevertheless, market experts believe China will grow by 30 percent annually in the next three years.

To date India has been an outstanding global outsourcing leader with one of the highest numbers of ISO9000 software companies. Many of these outsourcing hubs are very experienced and able to deliver quality services. In contrast, China is a relatively new player in outsourcing. While startup outsourcing companies are popping up everywhere, they are lacking experience.

The Indian government support is given as ITO and BPO, and is an important source of economic growth in India. The Chinese government is very proactive and has spent huge amounts to stay caught up with being one of the world’s top outsourcing locations.

However, both India and China are becoming less attractive for outsourcing as their labor costs and material costs continue to climb, leading to an increase in the cost of goods from outsourcing. In addition, with government incentives to keep production and services in America the lure of outsourcing overseas continues to diminish.